Dr. Sherry Kijowski is the Principal at Caesar Rodney High School.  She is a 1990 graduate of Caesar Rodney High School.  She attended Millersville University and began her career in education in 1994 and spent ten years teaching elementary school and middle school language arts.  She was the South Dover Elementary Teacher of the Year in 2000, as well as the Capital School District Social Studies Teacher of the Year in 2000.  In 2004 she earned her Masters in Educational Leadership from the University of Delaware and became a Supervisor of Instruction at the Caesar Rodney District Office.  In 2009 she opened McIlvaine Early Childhood Center as its first principal when the CR School District renovated the school to offer full-day kindergarten to all of its students. Dr. Kijowski earned her Doctorate in Educational Leadership in 2012 from the University of Delaware.  In 2014, she was named Delaware’s National Distinguished Principal and joined the staff at CR High School in July, 2014.  Her husband Mike is the Supervisor of Instruction in the Caesar Rodney District Office.  They reside in Wyoming, Delaware.

Ms. Kristin Brown-Massey graduated from the University of Delaware in 2005 with a Bachelor's of Science degree in Elementary Education. In 2008, she obtained her Master's of Education in School Counseling, and received additional post-graduate certification in Child and Family Mental Health. She is a 14 year educator and taught first grade for 13 years. Kristin has also obtained her Assistant/School Principal Certification.

Ms. Brown-Massey currently serves as Assistant Principal at Caesar Rodney High School and works with students in grades 9-12, with the last names of Me-Sa.  Her telephone number is 607-2161, ext. 1026.

Larry Friend began his career in education as an elementary vocal music teacher in Baltimore County, Md. After spending 9 years in the classroom, he moved into Arts Administration at Patapsco High School and Center for the Arts.  During his tenure, he assisted in the restructuring of the Arts Magnet program and set a path for future endeavors. Mr. Friend's pathway was drastically changed when he accepted a position with Baltimore City Public Schools as Fine Arts Director. This appointment placed him in a position to facilitate necessary changes in the City Schools System. His work in curriculum development, artistic partnerships and professional development for arts teachers impacted student learning in tangible ways. Most importantly was his work in the development of the city's first middle school for the arts. This endeavor led to an invitation to be a panel speaker at the 2008 Yale Symposium on Music Education and a summer tenure at the Harvard School of Education Summer Principal Institute. 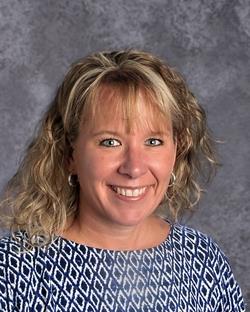 Ms. Kristin Hannah is an Assistant Principal at Caesar Rodney High School. She has worked in education for the past 23 years which has entailed 13 years as a high school Chemistry Teacher, seven years as a School Counselor, and two years as a Dean of Student Achievement.  In 2014, Ms. Hannah started working at the Caesar Rodney School District as a School Counselor in the High School; 2016-2018 she was the Dean; and since 2018, she has been one of the Assistant Principals.  Ms. Hannah earned her B.S. Degree in Chemistry Education from Delaware State University in 1996.  She furthered her education and in 2001, she earned her Master of Education in School Counseling from Wilmington University; in 2002, she earned her Master of Science in Chemistry Education from the University of Pennsylvania; and in 2013, she earned her certificate in School Administration from Wilmington University.

Mr. Lopez started on his educational career path in 1993, and spent 5 years teaching middle school science. He then moved up to the high school level, and taught Biology for the next 10 years before being promoted to Dean of Students, a position he held for 2 years. In December of 2011, he became an Assistant Principal at Caesar Rodney High school. Mr. Lopez holds a Masters in Educational Leadership and Supervision from the University of Phoenix and a Bachelor of Science in Biology from St. Edward’s University.
Mr. Lopez currently works with students in grades 9-12, with last names Sc-Z.  His telephone number is 697-2161, ext. 1037.
Copyright © 2002-2022 Blackboard, Inc. All rights reserved.