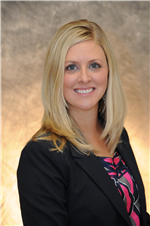 Julie Lavender is the Principal of Allen Frear Elementary School. In addition to being a CR alumni, she has been a member of the Allen Frear family since joining as a teacher in 2006. Mrs. Lavender began her career in education as a fifth grade teacher at Allen Frear in the Caesar Rodney School District. After three years in the classroom, Mrs. Lavender received the honor of being named “Allen Frear Teacher of the Year” in 2010. She continued to teach grades second through fifth before becoming the Achievement Liaison Teacher (ALT) and Assistant Principal at Allen Frear. Mrs. Lavender holds a Masters degree in School Leadership and a Masters degree in Instruction from Wilmington University as well as a Bachelor of Science degree in Elementary and Special Education from the University of Delaware. She serves as a member of many school, district and state level committees. Mrs. Lavender is committed to the school’s motto of “One Team, One Goal, No Limits” to collaborate with the community, parents, and teachers to ensure the success of all students.