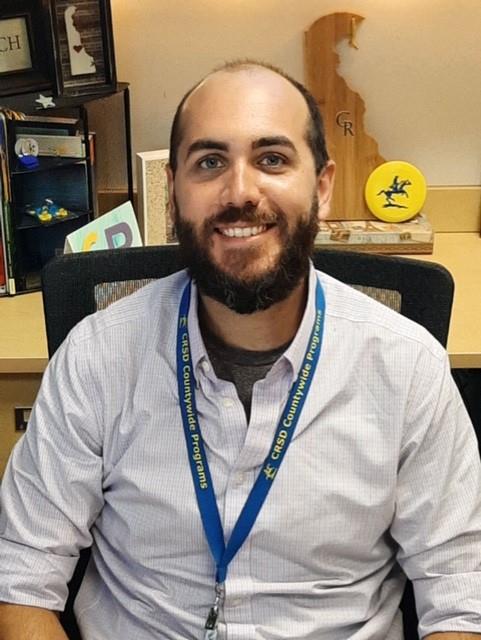 Mr. Brian Daube has recently been named Assistant Principal of Caesar Rodney Countywide Programs. He had previously served as a 1:1 paraeducator and classroom paraeducator before becoming a John S. Charlton onsite teacher for grades K-2 and 3-5.  Mr. Daube was then promoted to Instructional Coach, where he worked closely with teachers on using evidence-based best practices for teaching students with Autism and Severe Disabilities.

Mr. Brian Daube has a Bachelor’s of Science in Biology from Albright College and his Masters of Education in School Leadership as well as his Autism Certification from Wilmington University.