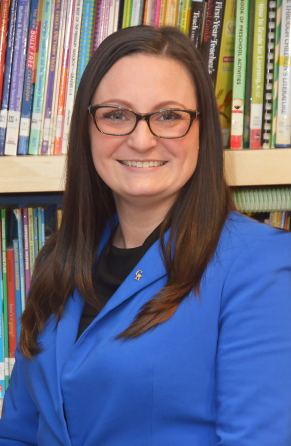 Ashley Adlam-Hernandez is in her third year as an Assistant Principal for the John S. Charlton School.  She began her education career as a special education kindergarten teacher, but also taught middle school special education as well as kindergarten with the Spanish Immersion Program.  She then became a teacher of students with autism and severe disabilities. During this time, in 2016, she was named Seaford School District’s Teacher of the Year. In 2018, she accepted a position in the Caesar Rodney School District as the Program Coordinator for the John S. Charlton School.

Ashley enjoys spending time with her husband and four children as well as being actively involved in the community.

“Teaching has always been my passion, especially special education,” said Ashley. “Having the opportunity to work with an extremely dedicated staff for an incredible group of students is truly an honor. I simply love learning and growing alongside them.”